Happy Monday! I know it’s not always happy but today it is because Creatives Couples is back! I’m very excited because this one of two times you’ll be seeing the lovely Lisa Yoder, a developer from Philadephia, on the blog this week. Lisa currently works at Urban Outfitters as a developer and is married to the very talented Chad Ostrowski who is a Ruby developer at PipelineDeals. I’m extremely jealous of their double-developer power. While both my husband and are front-end developers, we definitely don’t get to focus on development as often as we’d love to. I’m so excited to have Chad and Lisa on the blog today and they’re sharing so many great things! This is a really great interview so please stay tuned. 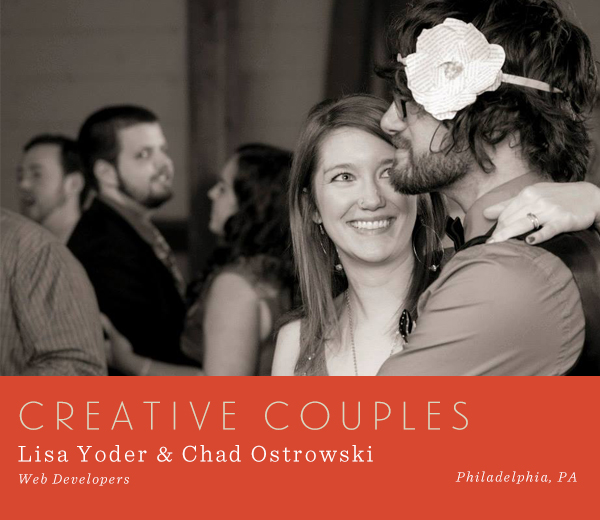 What makes you a creative couple?

Lisa: We’re both professional web developers, which is a pretty creative endeavor unto itself. Development is very technical but also very creative. Like design, it’s all about solving problems in the most elegant way possible. Outside of web development, we also each have other creative interests and pursuits. We’re both writers, and we played in a band together in (and a little after) college. I’ve got a long list of things I’d love to make or experiment with in the categories of photography, art, publishing, textiles, writing, jewelry making, and the list goes on.

Chad: The band that Lisa referenced will be reborn this year, but we’re working much harder to make it a shared endeavor this time (previously it was mostly my baby). We’re nursing some songs together in the evenings, and will share them with the world when they’re ready. I’ve got my own list of things I’d love to make and grow into; my categories are astronomy, writing, merch design, industrial design, etc. I’m currently working on writing (not illustrating) a children’s picture book about animals, sounds, and perspective, which is nearing the end of the research phase.

How does your relationship inspire you creatively?

Chad: Hmm… Tough question! At one point in my life Lisa was probably my muse, but infatuation doesn’t last forever.

Lisa: Chad is constantly working on a new project or mulling over a new problem. Watching him follow through on his ideas and curiosities is hugely motivating for me to try new things and not take myself too seriously. Seeing him fall in love with web development was also a catalyst in my recent career change.

Chad: Ok, Lisa’s answer reminded me of something. Over the past year & a half or so, I’ve seen Lisa grow into newly discovered strengths and figure out what excites her. At the same time for me, an old project that I had grown to see as my most meaningful work, as just maybe the seed of one of my life story’s best narrative arcs—this project ended. I was left feeling light. But “light” feels too positive. However, “empty” feels way too negative. I just had a lot of options, all of a sudden. I had a lot of time to fill. I suddenly had the opportunity to re-determine what story I wanted to tell. Seeing Lisa find her story, while all of this was happening, was incredibly inspiring. It inspires me to find my, and our, best story to share with the world. And at a much more mundane level, it inspires me to stick to the slog every day. Write blog posts, be engaged (and engaging) on Twitter, and do the work that eventually leads to fruit. 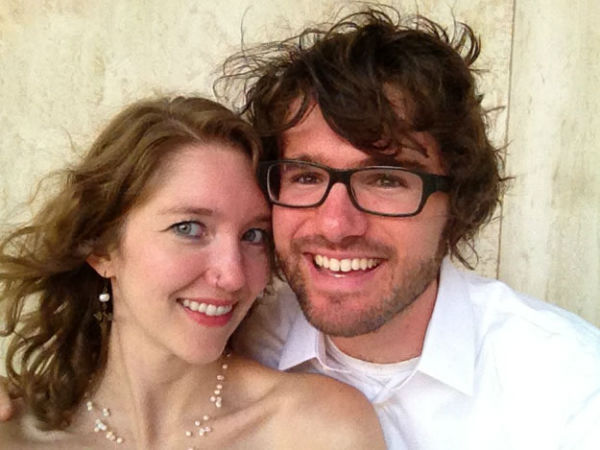 Do you think being creatives makes it easier to understand each other?

Lisa: Yes and no. We can understand one another’s frustrations and celebrate one another’s successes, but I think we require different conditions for doing the work and approach it differently. I like lots of quiet, solitude, and time to work things out on my own before presenting them to anyone for feedback, and Chad is much more open in his process. Also, we’ve known each other for 13 years, been together for nine, and been married for four and a half, so we’ve grown to understand each other a lot along the way.

Chad: Haha, yes. I like to share the earliest stages of a creative endeavor with anyone who will listen. I like to brainstorm publicly. This confuses and frustrates Lisa! She doesn’t want to hear my unpolished ideas! However, we both like some privacy and space when we’re actually executing on our vision (when we’re slogging, I guess), especially with writing. (In fact, we’re not even working on this Google Doc at the same time as each other, so that the other won’t see our unfinished thoughts!)

How are your creative styles different?

Chad: I guess we just answered that a little bit in the last question! 🙂 But they differ in lots of ways. The way we brainstorm, the specific styles we prefer… I tend to want to skirt a little closer to cheesy, meta, self-referential, unpolished, and Lisa pulls the other way.

Lisa: Chad is a little bit silly (but in a good way!), and I am more serious. Anything I produce feels very much like a part of me, moreso than it does for Chad. I like a lot of space to dream and plan alone in my head before starting anything. Perhaps that’s a weakness. 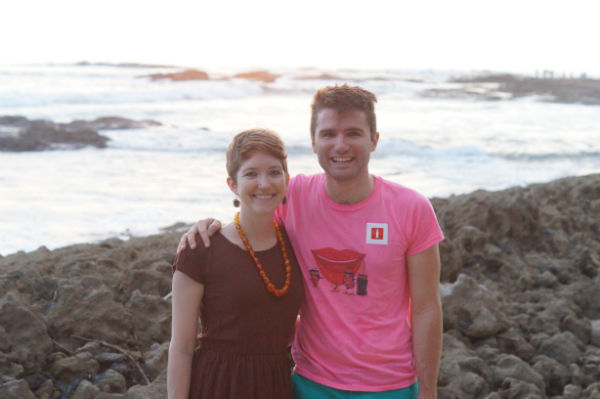 What is one trait you admire in your significant other?

Chad: How deeply she feels. Also her work ethic, but that was two traits.

Lisa: He is deeply and unapologetically strange and doesn’t care what people think of him.

How does your environment affect your ability to create?

Chad: I could take “environment” to mean lots of concentric circles of environments. Home/apartment: when we returned from a trip to Chicago last September, I realized that I focus better when things are really clean. We’re not always the best at treating ourselves to this, though. City: Philly’s a great city for creative pursuits! I am constantly excited by the abundance of activities I see going on in the city, and there are tons of networking opportunities. Country: Oh, you know. Freedom and corruption and blah blah blah. Probably a whole paper worth of thoughts here. Earth: I freakin’ love Earth! What a great planet. I’m very inspired by our clouds and our moon. Other planets don’t have such nice things!

Lisa: The city is wonderful for making connections and hatching ideas, but for me it’s harder to do the work here. It’s very easy to get sucked in to all the amazing things Philly has to offer! I grew up on a dairy farm in a very rural area, and it’s the perfect place to retreat and focus on getting things done. There’s just so much physical and mental space there. Someday I’d love to split my time between city and country, with dedicated workspaces in each place. 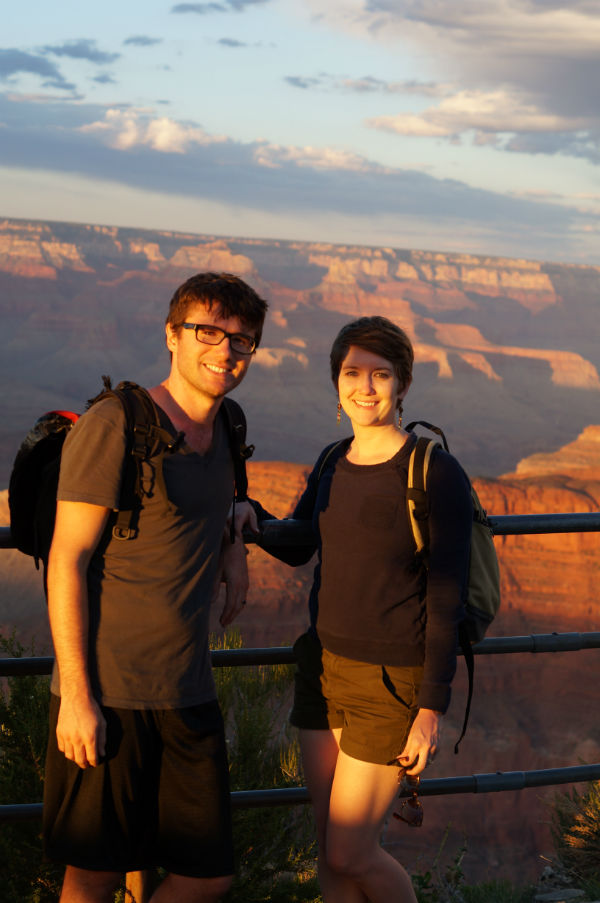 What is your dream project?

Chad: I have concentric circles of dream projects. (I’m loving concentric circles today!) Ok, maybe they’re not totally concentric. But I have lots of dream projects. After the children’s book finds its way to publishing, I want to try my hand at making music pay some bills. I want to interact with our audience and have them collaborate with us in writing our songs, and I want to sell them fabulous merch. I want a couple of other ongoing projects to be part of this, which will probably be called “Dinosaurs Out Loud” and “Why Believe?”. I’d like to be able to perform live music, but only when it suits us, instead of as a chief means of marketing. All of my other projects get pretty day-dreamy, but since you asked about dream projects: I might want to be part of the Buckminster Fuller institute, because it seems like they’re doing a sub-par job of popularizing Buckminster’s work, and his legacy deserves better. I’d like to work with our local food co-op to develop technologies that allow people to live trash-free if they’d like to. I’d like to popularize the bidet with the American market. Yes, the bidet! With good design and marketing, I think it’s possible! Finally, I’d like to make a company that solves the problem of you using the internet on a subway, because if we can make the internet work with those sorts of latencies, then the Mars settlers can have two-way internet (I just can’t stand the thought of them having read-only internet!). …These are all of the dream projects I can think of right now.

Lisa: As far as development, I have an app idea I discussed a little bit during Alt Summit that I want to create in the next year or so. Aside from that, any project that merges technology, travel, publishing, community, and art would be a total dream to me. I’ve also been dreaming of editing an anthology of creative work by people who grew up in an Anabaptist culture that would also include interviews with them on how their background influenced their creativity and work.

What advice would you give to other creatives in relationships?

Chad: Love is a journey, a conversation, something that you must both endeavor to create together. It’s not a place or an end. Feelings, like all things, ebb and flow. When the tide is out, you still have to be willing to put in the slog together.

Lisa: Be patient with each other, and give each other space if needed. It’s always exciting to have time alone and then to reunite and share what you’ve been working on. Be encouraging, and offer supportive and constructive criticism, but also praise. A solid relationship requires you to put in the work, just like any other creative endeavor, but it’s worth the hard work. 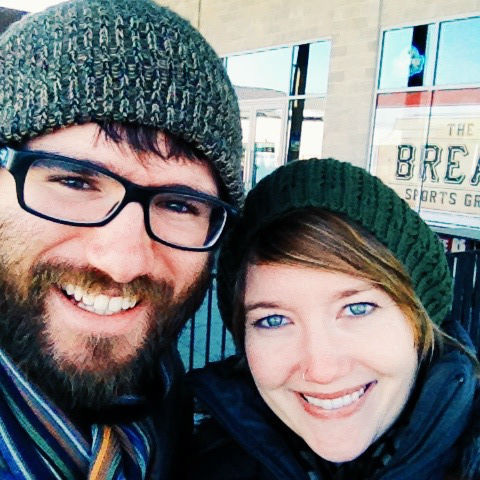 We have two creative couples for you to get to know in Philadelphia. So if you’re ever in town, reach out to Chad and Lisa and buy them a hot beverage! If you’re not in Philly, get to know them by connecting below.